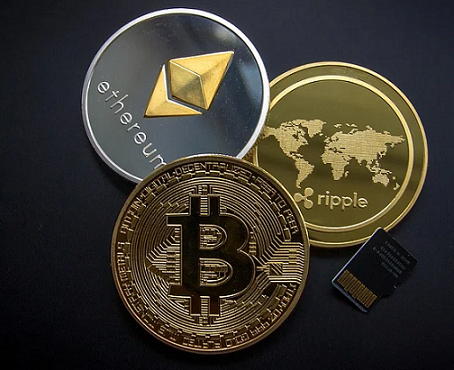 There is a worldwide growing debate on the relevance of crypto-assets for the financial industry, for the economy as a whole. Crypto-assets (digital assets that use blockchain technology), among which Bitcoin and Ethereum are among the best known, have experienced an explosive growth after the outbreak of the financial crisis in 2008; their number is about 11,000 currently. Digitalization has clearly enhanced this phenomenon. Libertarian propensities, which mistrust governments/public authorities (central banks included) view crypto-assets (crypto-currencies is, arguably, a misnomer) as an alternative to central bank money, with ensuing decentralization and democratization of finance that would ensure anonymity in transactions, transgress regulations and borders, exchange rates risks, etc. But it is not the political philosophy of some people that matters mostly, but the phenomenon itself and its wide possible repercussions.

As the volatility of crypto-assets is extreme (illustrated by Bitcoin glaringly), stablecoins have emerged, which are assets that rely on currencies issued by central banks and financial assets that are perceived as relatively stable; stablecoins can be considered as synthetic variants of crypto-assets. Ironically, financial assets that are seen as alternatives to the currencies issued by central banks are related value-wise to the US dollar, to the euro.

Crypto-assets, which have a pronounced speculative nature, pose a formidable challenge to central banks since they make up parallel transactional circuits which are (until now!) outside their regulatory ambit. Not a few central banks consider issuing digital currencies (central bank digital currency / CBDC). The Bank for International Settlements (BIS) has set up an innovation hub for digital currencies; many central banks study digital currencies / assets. But the challenge posed by crypto assets is not related to competition in money markets in the main. The stakes are much deeper and concern the monetary transmission process in the economy as well as overall financial stability.

Crypto-assets can be seen as an expansion of a “shadow financial system”, which is escaping regulation and supervision, at least until now. For years now, monetary authorities have been struggling to cope with the expansion of the “shadow banking sector”, which is represented by non-banking entities (eg investment funds, high-tech giants – remember the Facebook Libra project) that offer banking and various other financial services. The problem here is related not only to poor regulation of the shadow sector, but also to the efficiency of monetary policy: the link between the monetary base (Mo), the base money issued by a central bank and the overall amount of money (which has its counterpart in the volume of credit, of overall financial services ) circulating in the system. It is known that the monetary base issued by a central bank is multiplied by commercial banks, which keep mandatory reserves at the central bank in local currency and hard currency.

To the extent that crypto-assets are perceived as a means of payment and even of hoarding (some see crypto-assets as “a new gold”), one can speak of an expansion of transactions that are no longer mediated by the money supply itself, but, instead, by crypto-assets that are improperly called quasi-currencies. The process of monetary transmission, the control the central bank exerts through money creation (outside money/high-powered money) over the money supply, gets a new twist of uncertainty and undesirable complexity; and the efficiency of monetary policy is impaired consequently.

It could be asserted that the relationship between the monetary base and the money supply (M2, M3), which had become increasingly unstable decades ago and which motivated the adoption of the inflation targeting regime (which uses as its main tool the policy rate, which replaced the quantitative control of monetary aggregates), would make this relationship, and the ensuing worry of central banks, irrelevant. But central banks, either through quantitative controls of monetary aggregates, or through monetary policy rates, influence monetary/financial conditions in markets and they seek to ensure monetary stability and maintain liquid financial circuits. It is true that a zero lower bound demands qualifications as monetary policy efficiency is undermined by a very low natural interest rate and very low inflation. But the relationship between base money and the money supply does not disappear fundamentally. Central banks can broaden and refine their policy instruments, can overhaul the monetary policy regime by taking into account the configuration of finance (financial industry) and the objective of price stability.

The means of payment, financial assets, do not have the same liquidity (credibility) and they carry different risk premia; some of them can actually “freeze” in times of crisis and trigger runs on them and on other assets. As periods of crises show, it is only central bank money (outside money, base money, high powered money) that can unfreeze markets and make money flow again. I refer to credible central banks primarily, like those that supply reserve currencies. This is what happened in the financial crisis more than a decade ago, as well as during the current pandemic.

Closely related to the issue of monetary transmission is financial stability, which is also likely to be impaired by crypto-assets, including stablecoins (Tether is the best known among the latter).

Stablecoins have as collateral the money issued by central banks, sovereign bonds, other financial assets (eg commercial securities). At a strong shock to financial markets, there may be a flight from some assets which are behind stablecoins. An analogy can be made with the money market funds, which were supposed to offer quasi-safe investments with a very low degree of volatility, but which, in moments of panic, needed Fed intervention in order not to harm the stability of the financial system as a whole. As a matter of fact, the Fed, had to act as a lender of last resort on in the capital markets as well (as a market maker too).

Stablecoins need to be regulated, and their functioning should be accompanied by adequate capital and liquidity requirements, as is the case with commercial banks.

Macroprudential rules must take into account the number and volume of transactions operated with crypto-assets. Disturbances in markets where crypto-assets are used can have spillover effects on regulated markets, they can contaminate them and cause great damage in the absence of timely intervention. And in order for interventions not to be too costly to central banks, to governments, it is necessary that the regulation and supervision of crypto-assets be adequate, that macroprudential rules be extended to them too.

The money issued by central banks is the foundation of the financial system!

The big moral is that, in the end, the money created by the central bank (Fed, ECB, BoJ, BoE, etc.) is vital, it is the one that guarantees credible support in times of great distress. This has happened in all financial crises in developed countries. It also happens in times of stress in capital markets, as it occurred in March 2020 in the US, as in September 2019. Only central bank currency can provide the function of lender of last resort, without which a viable, credible financial system cannot operate. The clearest evidence in this respect is, that during crises, commercial banks cannot issue the means of payment to unfreeze the system, to save the whole system; it is the central bank that must step in and be the mainstay of the system. It goes without saying that I refer to developed economies, with credible central banks and strong institutions. In emerging economies, with a poor track record of central bank policies and heavy dollarization, the strength of central bank money is questionable and help from outside (from international institutions and from various countries, or their central banks, on a bilateral basis) is frequently needed in periods of deep crisis.

It can be argued that major central banks have invited the Great Recession, that “boom and bust” cycles are part and parcel of the market economy. And it is unquestionable that the profound deregulation of the 90’s (light touch regulation, whose trigger was set by the Big Bang of 1986 in the City of London and by the rescinding of the Glass-Steagall legislation in the US in 1998) is to blame in this regard, as are also the plethora of toxic financial products, the madness of speculations with fancy derivative products tolerated by market regulators in those years. But myopia, a misguided paradigm embraced by central banks up to the Great Recession, do not obliterate the central bank’s essential function as a lender of last resort. This situation has been seen across the Ocean, it has been seen in Europe with the ECB, which saved the euro area through its special operations. That such operations may be excessive and fuel speculative bubbles, aside from the moral hazard issue, calls for another discussion.

The lessons of the financial crisis show that there is a need for strict regulation and supervision of the entire financial system, and, it goes without saying, of the shadow sector with the extensions represented by crypto-assets.

I return to the idea that digital currencies of central banks are not to be seen primarily as competitors of crypto assets, although, in a deep sense, they show the danger and risks posed by these highly speculative assets. As some central bankers remark, monetary systems were hitherto largely digitized, with much of the transactions made electronically. It is noteworthy, in this regard, how much monetary base is in relation to money supply in developed economies (through the system of fractional reserves), and how many transactions are made electronically – in the UK, for example, M0 (monetary base) is about 3% of the entire money supply.

Digitization and digitalization are favored by new technologies, by a Zeitgeist, by the desire of not a few people to decentralize financial systems and more than that. The fundamental problem for central banks, however, goes beyond being in step with new technology, to digitize money creation. The big stake is not to let the financial system get into a binge of new free finance/banking, with a detrimental impact on financial stability and the economy; safe public money is a public good, on which economic and social cohesion depends. We must not go back tens, even hundreds of years ago in terms of the configuration of finance, allow by negligence/omission that a financial system in growing disarray amplify economic and social disturbances.

The deep, big stake for governments and central banks, when it comes to krypto-assets, is augmented by the need to combat money laundering, financing of terrorism and organized crime, fraud of all kinds, cyber attacks, ransomware. A geopolitical dimension gets into the picture here too. But I do not see how, for example, the competition between the US dollar, the euro, the Chinese currency, would be more fierce through the full digitization of money creation, the disappearance of cash. It is not digitization and digitalization in the financial industry that will dictate the dynamics of global clout in the end, but the economic and technological power of various societies.

The proposal by the European Commission for the regulation of crypto-assets (MiCA) is to be welcomed, as are similar measures envisaged by authorities in the USA, Great Britain and other countries.

PS. The states where crypto-assets are viewed with nonchalance have most often weak institutions, are heavily dollarized, and some of them have a clear status of tax havens.