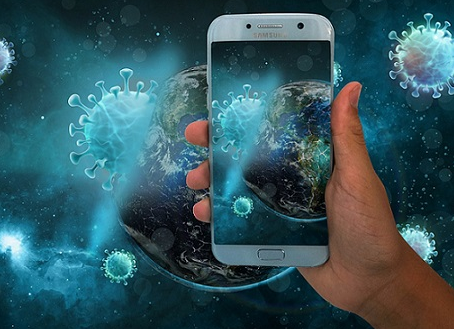 The coronavirus pandemic has stunned Europe, and indeed the entire world. Although the likelihood of this kind of pandemic was sounded off by not a few high-profile voices quite a while ago, its devastating impact reveals how unprepared medical systems and how defective our prevention schemes have been. But, like in times of war, an unprecedented resource mobilisation has been mounted to fight the coronavirus, while governments and central banks have summoned a wide range of tools to mitigate the impact of the lockdowns.

But this is a different kind of a ‘war economy’ call to arms, for the logic of the lockdown curbs the functioning of economy, the free flow of resources, and brings about staggering levels of unemployment. Heads of international organisations and governments have stressed that this is the most profound crisis since World War Two, one that pits mankind against a very dangerous enemy, albeit an unseen one. But the win over this enemy will be with us in the end, in spite of enormous costs and lasting effects.

Life after this pandemic will, quite likely, not be as before it; life habits and economies will change. Societies need to be more robust, more capable of tackling extreme challenges like pandemics, dramatic climate change, natural disasters, cyber-fare, etc.

The Great Recession has glaringly exposed the need for policies that contain income inequalities and inequities, make societies more inclusive and fair, rein in abusive power in finance and other industries, bring shareholders’ interests in line with stakeholders’ interests, and make economies less carbon reliant. As the 20th century has amply shown, periods of economic turmoil and social disruption accompanied by widespread despair and misery, feed authoritarian and illiberal temptations, populism of the worst kind. And the current crisis risks fueling such temptations.

What should be done in the EU to respond to the current extraordinary circumstances, to make it more robust and befitting the hopes and needs of its citizens? There are salient domains that can make up an agenda for revamping the EU.

First, increase the EU budget substantially: at least double it, in order to combat the current crisis. The European Council decision to ask the European Commission to come up with an increased budget proposal to underpin economic reconstruction (a new “Marshall Plan”), shows how short-sighted and biased the pre-pandemic debate on the EU budget was. An unbalanced Union, with more fragmentation at work, is a recipe for a fading away European project.

An increased EU budget should be worked out for the longer haul and its funding can be secured by leveraging member states’ contributions – for instance, by issuing EU perpetual bonds (as a Spanish proposal suggests). How much of this additional budget should be made up of grants vs. loans remains to be determined. Perpetual EU bonds should be accepted by the European Central Bank in its purchase programmes.

In addition, the ECB should provide ample liquidity and help to prevent sudden stops from breaking financial markets. Currency swaps should be available to non-euro EU member states and ECB facilities to support small and medium enterprises (SMEs) should be extended to them as well.

"The era of very low interest rates can assuage fears, but not indefinitely.

On top of that, risk-sharing mechanisms have to become a reality. There can be no risk-reduction without risk-sharing. Believing that capital markets can provide risk-sharing venues is an illusion (as a matter of fact, shadow banking can augment systemic risks). A European deposit insurance scheme, a solid Resolution Fund and, not least, a safe asset are essential to complete the eurozone and make it more robust.

The substantial rise in public and private indebtedness that will ensue from this pandemic will be an issue for years to come. The ECB’s unconventional policies do, to a large extent, “kick the can down the road”. The era of very low interest rates (“the new normal”, as Olivier Blanchard and others put it) can assuage fears, but not indefinitely. Over the longer term, there is a need to think about how to restructure very large debts, to make their funding sustainable.

Lastly, this crisis underscores once more the need to rethink the Single Market (SM). An adequate SM hinges, inter alia, on compatible social security systems and on risk-sharing mechanisms. Without such arrangements, the SM exudes too much of a European version of unconstrained globalisation. Meanwhile, the euro has had asymmetric effects on member states in the eurozone, operating as an overvalued currency for the weaker economies and as an undervalued currency for the stronger ones. The design of the SM and key missing parts of the eurozone architecture have entailed too many losers and frictions, both within and between member states.  In Europe, despite overall progress, there is still a menacing divergence in the performance of eurozone member states against the backdrop of limited policy room and a large variety of national institutional and social settings.

Those who advocate for an industrial policy and for nurturing EU champions to compete with US and Asian counterparts are also advocating for, inadvertently or not, reassessing state aid and competition policies.  But revamped policies should be judged not through heavyweights’ eyes only; they need to consider the interests of all member states.

"Bretton Wood arrangements should be reinvented, in order to avert the complete demise of the multilateral system

On a final note, The New Deal was introduced by Franklin Delano Roosevelt in the US in the aftermath of the Great Depression; it created new institutions in order to build up infrastructure and foster innovative projects, rein in the follies of finance, articulate counter-cyclical macroeconomic policies and deal with large unemployment.  It may be that Europe needs its own version of a New Deal (and possibly the US too), to make our societies and economies more resilient to future shocks.

More specifically, this would ask for public policies that provide more resources to health care and are more inclusive, support R&D activities in the vein of an entrepreneurial state,  prevent abusive concentration of power, fight tax evasion and tax avoidance effectively, revamp tax regimes to enhance burden-sharing,  put finance more in the service of the real economy, make a green deal part of a New Deal, etc. Would a New Deal apply to northern EU member states, with their high economic and social standards, as well? In certain respects, yes, as the current pandemic has been non-discriminatory in its impact. Besides, we are all in the same boat in the EU.

Bretton Wood arrangements should be reinvented, in order to avert the complete demise of the multilateral system. But for the EU to be a relevant actor to this end, it needs to be looked upon as a real entity, not as a club of fractious and infighting member states.

The EU needs an extraordinary response to combat the coronavirus. But it needs also a critical mass of changes in its functioning in order to become more robust and capable of dealing with major adverse events, existential threats, in a global context. The EU needs genuine solidarity in its inner functioning!